To Jane: The Keen Stars Were Twinkling
Percy Bysshe Shelley

The keen stars were twinkling,
And the fair moon was rising above them,
Dear Jane!
The guitar was tinkling,
But the notes were not sweet till you sung them
Again.

As the moon's soft splendor
O'er the faint cold starlight of heaven
Is thrown,
So your voice most tender
To the strings without soul has then given
Its own.

The stars will awaken,
Though the moon sleep a full hour later,
Tonight;
No leaf will be shaken
Whilst the dews of your melody scatter
Delight.

Though the sound overpowers,
Sing again, with your dear voice revealing
A tone
Of some world far from ours,
Where music and moonlight and feeling
Are one.
Posted by Andrew Burke at 10:50 pm No comments:

From the Melbourne Age :

"I lead a very reclusive life ... and suddenly this happens." Fay Zwicky

WHEN poet Fay Zwicky had a telephone call to tell her she'd won one of Australia's top literary prizes, she thought it was a hoax. "I was completely bowled over," she said. "I lead a very reclusive life and I never expect anything. I always think I'm drifting along and nobody knows I'm here, and it's great. And suddenly this happens."

The 72-year-old Perth writer, who was born and brought up in Melbourne and has been writing poetry and prose for half a century, has won the $25,000 Patrick White Award.

The annual prize is given to an Australian writer whose work, in the opinion of the award committee, has not received adequate recognition. The committee says Zwicky is "one of Australia's most original and accomplished poets".

Patrick White founded the award after he won the Nobel prize for literature in 1973. Zwicky remembers meeting him at an anti-nuclear symposium in Canberra in the 1980s, where she read one of her stories. "He was very elderly and infirm and I was totally in awe of the man. Shrunken and ill as he was, he took the trouble to come over and say something very nice about my story. I was so moved I burst into tears," she said.

"I know he had a reputation as a bit of a curmudgeon, but then so have I. He was a remarkable humanitarian. I have enormous respect for him and I'm terribly moved I should be part of the legacy."

Zwicky began writing poetry as an undergraduate at the University of Melbourne in the 1950s and has worked as a concert pianist and an academic. As a young musician, she always had a book behind the music stand so her mother could not see what she was reading.

Her poetry collections have won several awards. One of her most-admired poems, Kaddish, is an elegy for her father that also draws on her experience of growing up in Melbourne's Jewish community.

Today she lives with "the usual old-age things: your mind might be leaping about, but the body ain't following", but she is still writing poetry. Next year, Giramondo Press will publish a new collection, Picnic. "It will probably be my last book but I'm very pleased, I've been working quite hard. My poems are getting a bit engrossed by the political state of things at the moment … leaning towards a study of despotism, the waste of life and the need for survival."

Last year, Western Australia declared her a Living Treasure — "a most repulsive term".

A call from the Editor of West Australian literary magazine, Word-Thirst, for submissions:

I am now calling for submissions for 'Thirst', a biannually published
literary magazine of 52 pages comprising poetry, short stories, reviews,
essays, articles (especially on writing or writers). This is privatly
published by Benmax Box, distribution approx 200, in support of
established and emerging writers. Submissions to asthom@iexpress.net.au


BJ Thomason
Posted by Andrew Burke at 10:16 am No comments:

Following on from the enormous success of the 2004 Best Poems anthology, editor Les Murray promises an even better collection for 2005. Taking only the best of our established poets, as well as discovering a few hidden gems by previously unpublished writers, The Best Australian Poems 2005 is the ultimate showcase of Australian poetry.

Trade orders through Macmillan.
Posted by Andrew Burke at 6:36 pm No comments: 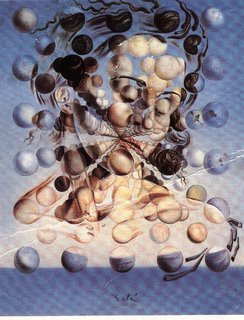 Posted by Andrew Burke at 9:42 am No comments: 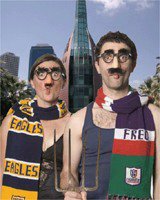 15 November 2005 / from State Of The Arts magazine
In 2000 a headline on the front page of The West Australian declared that Perth was “dull and deserted…boring and functional.” Understandably, some locals took offence. For others, it confirmed something they’d long suspected about the most isolated city in the country. But is Perth really the third most liveable city in the world, or is it simply the backside of the planet? This is the question posed in Welcome to Dullsville!, the final show in Perth Theatre Company’s 2005 Season.
PTC Artistic Director, Alan Becher has invited 15 of the city’s finest playwrights to spill the beans on their hometown. Among those Becher invited are Reg Cribb (Last Cab to Darwin, The Return, Ruby’s Last Dollar), Jenny Davis (Dear Heart), Robert Jeffreys (Cox Four, The Messenger), Ingle Knight (The Getaway Bus, Shadow Of The Eagle), Elizabeth Spencer (Tango), Hellie Turner (Bench) and Ian Wilding (Torrez, Below).

Each playwright takes a different view of the city, dealing with the lifestyle, issues of isolation, celebration, lack of sophistication and parochialism.

According to these writers Perth in the sort of town where a couple might go into therapy over conflicting AFL loyalties. Perth residents, it seems, are also likely to be aroused by the Bell Tower on Barrack Street Jetty and go ‘swinging’ in the Western Suburbs.

A tongue-in-cheek celebration of Perth living, Welcome to Dullsville! appeals to anyone who’s ever felt the pangs of cultural cringe. Moreover, it’s for any one willing to laugh at themselves and their hometown.

Also showing alongside the series of short plays are photographs by local photographer Jon Green who’s managed to capture the city in all its splendour.


Website: http://www.perththeatre.com.au/
Posted by Andrew Burke at 3:55 pm No comments: 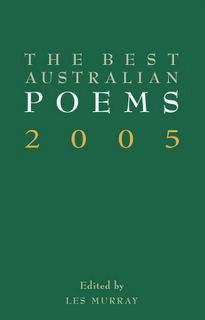 I am pleased to announce I have a poem in this coming collection, published by Black Inc. When you see it in a bookstore, please buy it. Australian poetry and poets need your support. Besides, it'll be very good!

In September 2006 all the tracks will be winding back to the historic township of Gundagai as it comes alive to the sound of jigs and reels and the rhythmic beat of step and set dancing when it hosts its inaugural festival of Irish and Australian Music and the Related Arts. Under the banner “The Turning Wave” the festival will celebrate significant connections between Ireland and Australia, and the rich cultural heritage of both traditions.
The title, “The Turning Wave” is taken from a poem by Colleen Z Burke (Clare ancestry) and, an anthology of the same name compiled and edited by Colleen and Vincent Woods (Galway playwright & poet), and is used with the kind permission of the authors. This anthology is a collection of the poetry (and song) of Irish Australia, reflecting the strong Irish influence on Australian life. The Turning Wave Festival in Gundagai will also celebrate Irish Australia through music, song, dance, spoken word, literature and theatre.
The Irish influence is entwined in the fabric of Gundagai from its early settlement days and is linked intrinsically to its place as a lighthouse in an emerging Australian national identity. One significant impact of Irish immigration was the arrival in Gundagai in March 1850 of 41 Irish famine orphan girls. 194 orphans in all had earlier arrived in Sydney on the ‘Thomas Arbuthnot’ having left the famine impoverished south-west of Ireland in 1849 for new lives in NSW. Of these, 102 girls aged between 14 and 21 set off ‘up country’ with the Surgeon-Superintendent, Charles Strutt who had cared for them on the voyage out. They were headed for Yass and Gundagai where they gained employment in the district. Many were soon married and became founding families whose names are still evident in the region today. The majestic Gundagai Court House built in 1859 is also where one of Gundagai’s more infamous characters, the Irish bushranger Andrew George Scott alias Captain Moonlight was committed for trial. He was born in Co. Down. In fact, when he was captured and brought into Gundagai the town enjoyed a half-day holiday. He is also buried in the North Gundagai cemetery after his remains were exhumed from Rookwood and re-buried 115 years after his execution. Woven into the rich tapestry of Gundagai history are also the Australian icons that many of us are familiar with, the Dog on the Tucker Box, a symbol of loyalty and devotion, and the battlers, Dad, Dave, Mum and Mabel, the Snake Gully characters immortalised by Steele Rudd. And then there’s that song, “The Road to Gundagai”.
Festival director Pam Merrigan who has recently been in Ireland with the ‘Sydney Harbour Band’ performing traditional Australian music at a number of festivals including the prestigious Willie Clancy Summer School, and promoting the idea of the festival in Ireland said there was a tremendous interest in it there and also in the Irish contribution to an Australian cultural identity. We are already negotiating to bring musicians from Ireland to the festival. In addition to the music focus there will be a big input of related arts activities and also a World Celtic Fringe.
Expressions of interest from performers and presenters open from Nov 21st 2005. For Application Forms and further information you can email the Festival Director, Pam Merrigan. turningwave@optusnet.com.au Opportunities exist for concert performance, themed concerts, street performers, workshops and master classes, children’s presenters, dance, literature, poetry, storytelling, and theatre presentations.
Applications close 31st March 2006 and successful applicants will be notified by 31st May 2006.
Posted by Andrew Burke at 4:28 pm No comments: