The Australian Poultry Standards public consultation has closed — with, I'm delighted to say, a record-breaking number of submissions calling for a ban on the battery cage. United, we've become a force for compassion to be reckoned with.

Andrew, we are closer than ever to the day when this most cruel 'farming' invention will exist only as a cautionary note in history books. That never again will compassionate societies allow our fellow species to be treated so cruelly — valued only for what they produce, rather than who they are.

Here are just 6 of the ways we've worked together to give hens a chance at a kinder future: 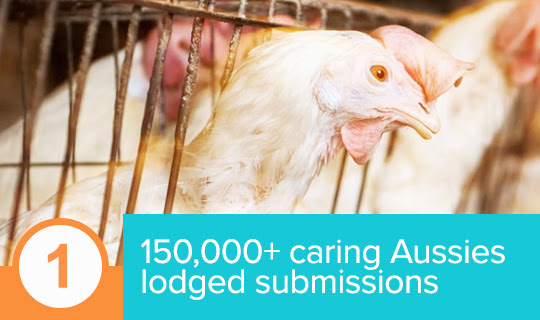 Thousands of caring people took the time to lodge their submission for hens, resulting in the biggest public consultation on behalf of animals EVER in Australian history. 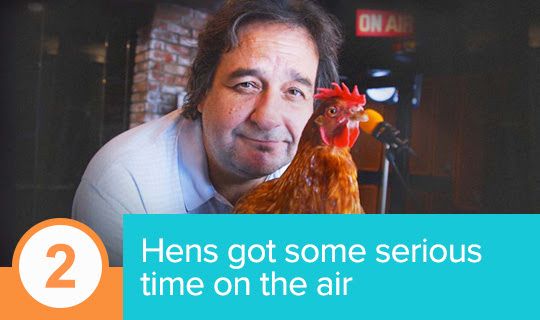 The support of Animals Australia members like you meant we could broadcast our message loud and clear across the airwaves, by enlisting the help of some of Australia's favourite personalities on every major radio show across the country. Our radio ads alone reached over half the Australian population! To ensure every caring Aussie would get the chance to have their say to help hens, we advertised in 198 rural and urban newspapers, from The Weekly Times to The Age and The Sydney Morning Herald (including an enormous half-page ad in The Australian which was particularly eye-catching)! 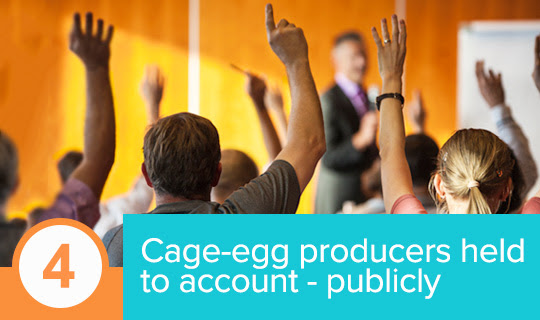 Committed Animals Australia supporters put their hands up to be a voice for hens at a number of public forums. They did the hens proud as they sat face to face with cage-egg industry reps, and asked the tough questions that no factory farmer ever wants to hear — let alone be compelled to answer! 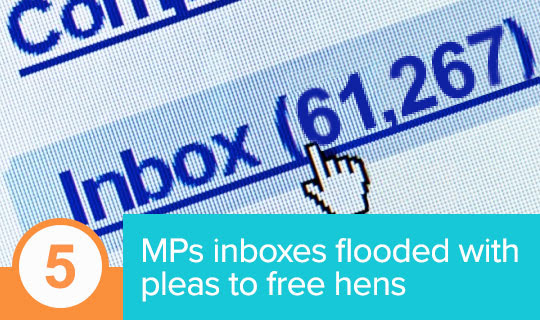 Always prepared to go an extra step for the animals, our supporters ensured that those who need to hear the call to end caged cruelty, did. A whopping 61-thousand emails landed in the inboxes of State MPs, placing hens firmly on the political agenda. Students from 150 schools are helping to shape the world they want to live in: a world where every hen can stretch her wings. Recording videos, doing school projects, and taking the cage-free message home to their families — the future is in safe hands with these compassionate kids.

So where do we go from here?

Over the coming months, every submission will be scrutinised and a final recommendation will be made to Australian Agriculture Ministers. This will present the next critical campaign opportunity. We'll be following every step of this process, and will let you know how you can assist when the time comes.

Andrew, it was almost thirty years ago that I first stood inside a factory farm, confronted by row upon row of battery cages. That we could imprison thousands of animals in this dreadful way, denying them any reason to want to live, shocked and appalled me. I have been determined ever since to shine a light on their suffering and bring an end to the cruelty being inflicted on these sensitive hens.

From world-first public awareness campaigns to fighting for legislative change, and now with these record-breaking public consultation results — together, we've reached a point where an end to the battery cage is a very real possibility.

My heart-felt thanks to each and every person who took the time to make a personal submission. Hens have never had so many people speaking up for them. Now, we just need decision-makers to listen. Stay tuned...

On behalf of the animals, thank you.

Posted by Andrew Burke at 2:03 pm No comments:

We were delighted to discover that Denise Riley's 'Selected Poems' (out of print) is now available for free in the form of a PDF, straight from Reality Street Editions. http://www.realitystreet.co.uk/denise-riley.php …
Posted by Andrew Burke at 10:00 pm No comments: