Salt Peanuts blasting on
the player as party whistles
join in, balloons bouncing.
I'm watching On The Road
again . The purity of
the road, I can almost smell
the old lead-based
gasoline. Pawning time
at a pit-stop - 'We've
gotta Go! Move!' I sit,
shivering with a cold,
fire burning late
in the grate and in me.
'Poor tragic Dean!'
- Andrew Burke
Posted by Andrew Burke at 12:23 pm No comments:

even in the well bucket
croaking all night...
a frog

This haiku has the prescript, "Heaven, Wind, Coupling": a reference to Chinese divination, specifically to Hexagram 44 of the I Ching. When Heaven (Qian) is the upper trigram and Wind (Xun) is the lower, the resulting hexagram is Gou (Japanese = Kô), the sign for copulation or "coming to meet." Issa's geomantic joke is on the frog, singing his mating song all night, eager to copulate, yet without much chance of success inside the well bucket.
http://haikuguy.com/issa/
Posted by Andrew Burke at 12:03 pm No comments:

THE THIEF by Frederick Pollack

The philosopher, as philosophers should,
sits in the light from a leaded window.
His robe and beard are long and clean;
he writes on costly paper with a pen.
He is rigorously subtracting
God from all prior metaphysics
(the thick books piled before him on his desk)
to see what might be salvaged and made whole.
Without word-processing,
he must grind each sentence like a lens
or gem, fit it to those before, look far ahead
before he writes; the page allows no error.
He will work while the light and his eyes last,
gazing at times at hills
that are bare but green, with scattered trees.
Unbeknownst to him though suspected,
it is I he consults
to perfect each thought and I who cheer him on.
Across the fields the peasants stare
at the rear ends of oxen.
Men and women work together,
husbands sober, wives not beaten.
Stolen by neither priest nor lord,
their grain is kept for times of drought,
and doctors, teachers, engineers
stand ready for their need. So that
the dream of profit, which they always knew
was silly, fades into
a comfortable chronic bitterness,
the sort that keeps one going. It lives
with God, Who is mourned like a lost vendetta;
and a vision of tractors,
combines, which would let at least
the unnecessary young
leave for the safe, museum-laden,
somewhat monochrome cities.
The soldiers in their barracks hear,
besides the evening bugle,
at times a ghostly bell.
It strikes them as understandable,
for guns have melted
and they drill with wooden swords.
They drill for the sake of beauty,
the trope of unified will.
In fire, earthquake, hurricane, tsunami,
madly selfless, they are there,
and gather lists of mourners and survivors
to whom they write, for whom they henceforth care.
Their talk is, like their lives, austere,
abstemious. They’re grateful
for whatever love they find; they contemplate
their few possessions and the elegiac
void of the parade ground, which
they could leave at any time, but to go where?
Before the eyes of the philosopher,
an ethics rises. (I direct his gaze.)
Syncretic, existentialist, it reduces
consciousness to acts of choice and won’t
exactly correspond
to any living moment; which may, he considers,
not be a major argument against it.
An especially coherent flight
of birds circles
one of the distant trees. Letters come;
he disregards them. Somewhere beyond
his study, a phone rings, but since
there are no phones, stops.
He recalls the ancient riddle
about a thing the blind man saw, the deaf
man heard, the cripple ran away with; the answer
is a lie, but the philosopher wonders
if it might not be freedom.

Author of two book-length narrative poems, THE ADVENTURE and HAPPINESS (Story Line Press), and a collection, A POVERTY OF WORDS (Prolific Press). Another collection, LANDSCAPE WITH MUTANT, to be published in 2018 by Smokestack Books (UK). Many other poems in print and online journals.  Adjunct professor creative writing George Washington University, Washington, DC.

Posted by Andrew Burke at 6:44 pm No comments: 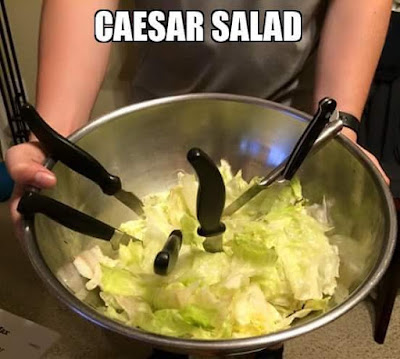 Posted by Andrew Burke at 3:48 pm No comments: 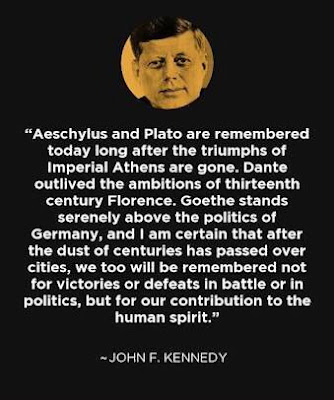 Posted by Andrew Burke at 9:59 am No comments: Nearby, city officials also installed another bronze sculpture of a guitar player sitting on the edge of a fountain.
Posted by Andrew Burke at 7:14 am No comments:

The Poems of Basil Bunting 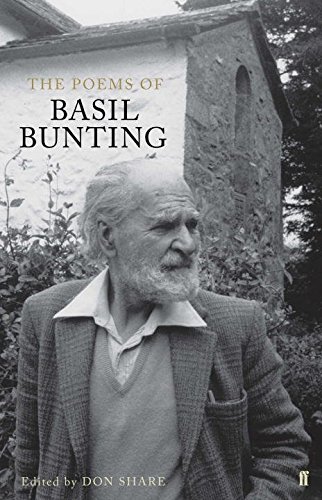 Thrilled to be able to announce the publication  (publication-date is June 16 ) of a new edition of The Poems of Basil Bunting, lovingly and attentively edited by Poetry magazine editor, Don Share.
"This is the first critical edition of the complete poems, and offers an accurate text with variants from all printed sources".

Share, "annotates Bunting's often complex and allusive verse",  Faber and Faber, the publishers, note, "with much illuminating quotation from his prose writings, interviews and correspondence. He also examines Bunting's use of sources (including Persian literature and classical mythology), and explores the Northumbrian roots of Bunting's poetic vocabulary and use of dialect."

Basil Bunting - it's his year -  This year (as we've previously noted), 2016, marks the 50th anniversary of his masterly achievement "Briggflatts"

Tom Pickard's note on that, (published, earlier this year, in Poetry magazine, can be readily accessed - here)

Alex Niven, another of the Briggflatts-anniversary organizers, may be heard speaking on Bunting - here (that recording also includes an audio treat - Bunting reading the "Coda" from "Briggflatts"  ("A strong song tows/us, long earsick.."))

Posted by Andrew Burke at 7:37 am No comments:

Women in Jazz Workshops - in Australia

It opened my eyes to jazz and really helped me expand my repertoire. Thank you so much for this wonderful opportunity and experience  and I can't wait to continue to explore jazz and all it has to offer


This year we are thrilled to announce a new partnership with Canberra's Street Theatre to present the workshops in the ACT for the very first time under the talented guitarist and composer Jess Green!

The workshops will also take place in Sydney at the Conservatorium Open Academy and in Perth in partnership with the WA Youth Jazz Orchestra at the Western Australian Academy of Performing Arts (WAAPA).

As the workshops continue to go from strength to strength, our goal remains the same. To create more opportunities for women in the genre of jazz. With the support of our media partner, ABC Jazz, we look forward to joining forces with our national partners in an exciting year ahead.

A short course aimed at women who are interested in pursuing jazz and improvised music, the Young Women’s Jazz Workshops have been changing the face of Australian jazz since 2002.

Developed by Dr. Sandy Evans OAM and the Sydney Improvised Music Association to develop skills and confidence in improvised music, this pioneering program has had a direct impact on the number of women studying jazz at conservatoria across the country.

Our course tutors are sought-after educators and in-demand musicians. The course includes masterclasses with leading practitioners in the field. We cater to all skill levels. Entry is by written application and audition. Classes run on Saturdays over eight weeks and culminate in a public concert.

In 2016, the workshops will be held in three States for the first time.  This could be a life changing experience, so don’t hesitate in applying today!
Posted by Andrew Burke at 7:14 pm No comments:

busy as a spring bee
camellias blooming in
winter sunlight
Posted by Andrew Burke at 8:48 pm No comments: